Level One – January 27th. The Italica Route is a good day out, starting from Seville out to Santiponce, and from there taking a guided tour back into the past of  the Roman city. The first part of the trip is 8.5 km and 2.5 km for the second,  both are graded as easy or level one. We will return from Santiponce on the bus  to Seville.

Italica is a Roman city located in the municipal district of Santiponce. It was founded in the year 206 BC but that there is evidence of even older  Greek and argaric remains. It was a very important city in the Roman empire, and was the birthplace of the emperors Trajan, Hadrian and Theodosius I the great. However, after the decline of the empire, the city was plundered, and much of its was taken as building material for other villages and towns, leaving only the ruins we see today. 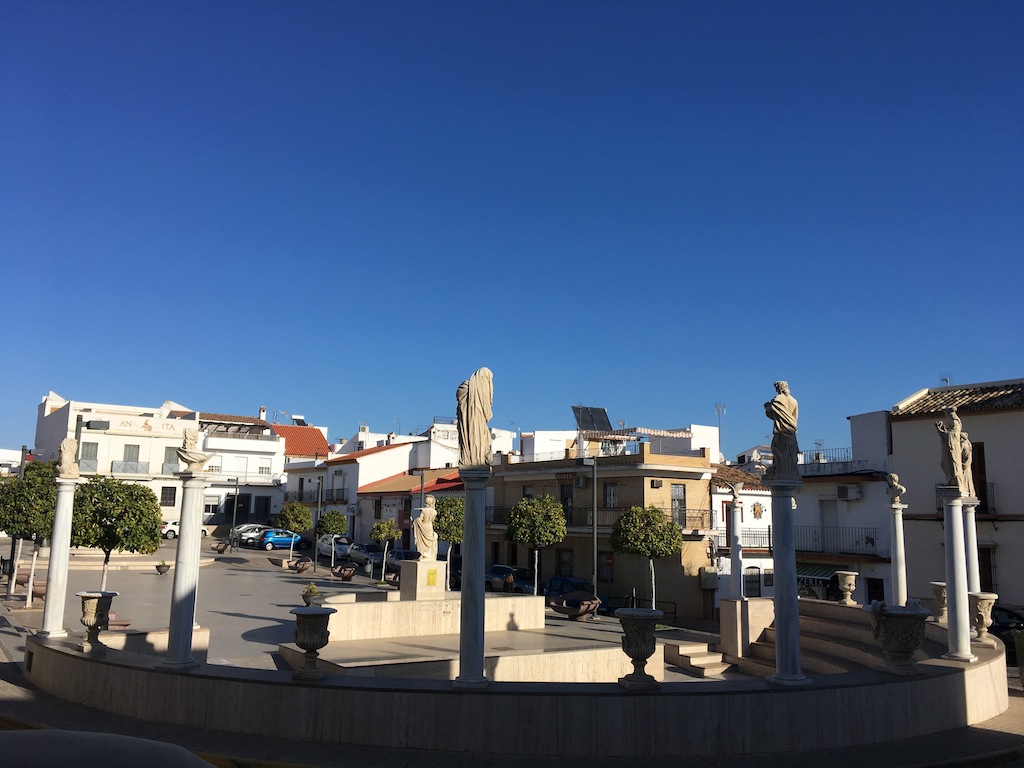 For the hike we’ll meet at 9 a.m. in our usual spot at the  Alamillo Bar, located at the Olympic roundabout. The start  of the walk is at GPS coordinates 37.413475,-5, see picture below. 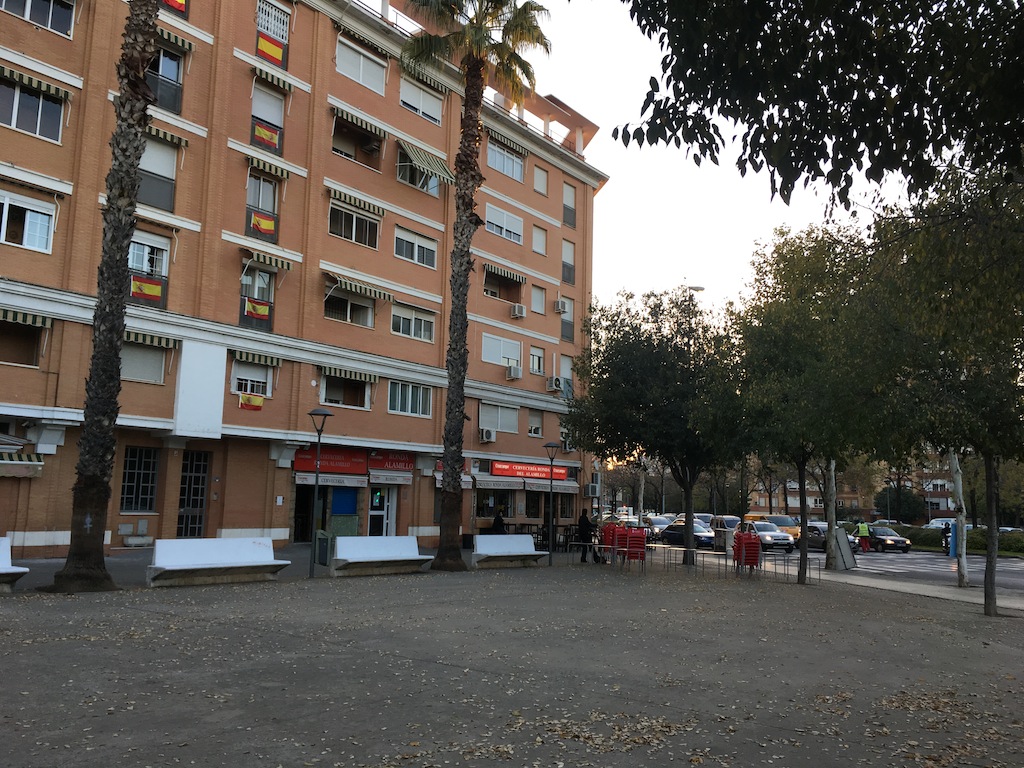 We start by  crossing the Alamillo bridge Alamillo and walking along the bike lanes,  gradually leaving the city to head to the municipality of Santiponce 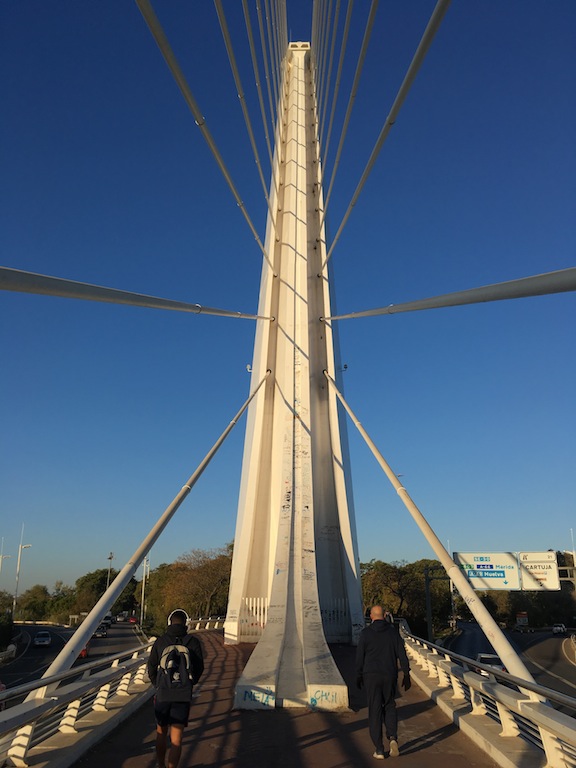 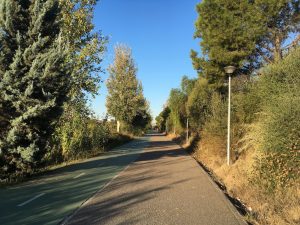 The first thing we’ll see when arriving at Santiponce is the monastery of San Isidro del Campo, founded in the year 1301 and ceded to the Cistercian monks. It will be our first hint of the past and help us understand the important historical and religious events that happened there. 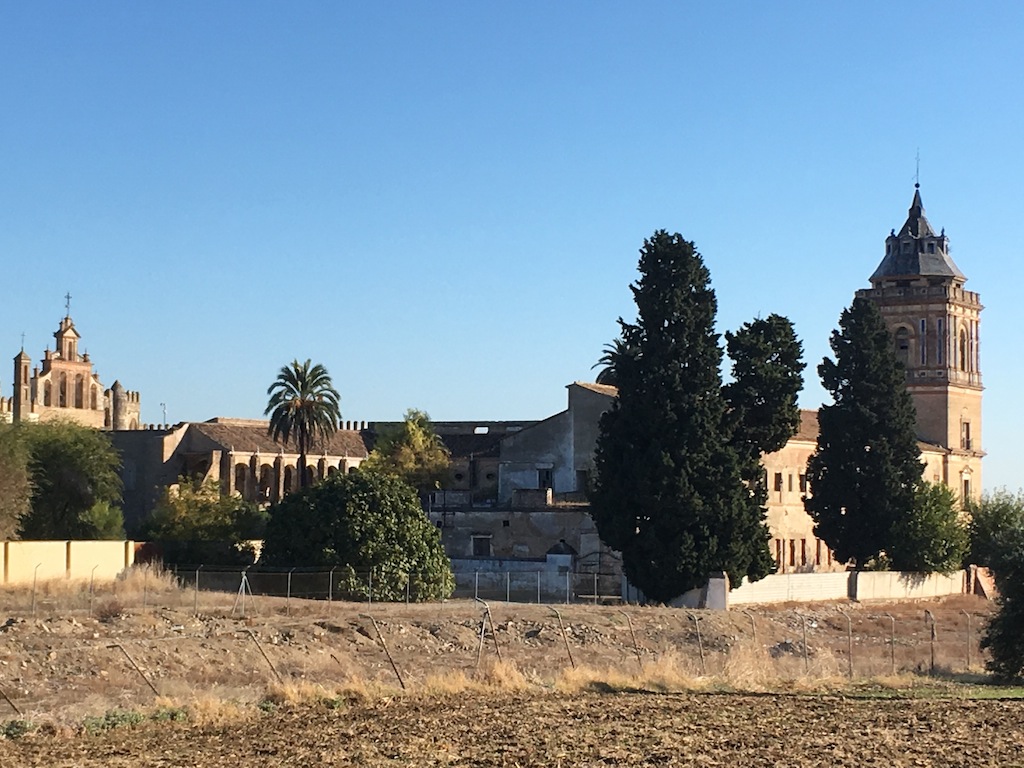 From there we’ll walk towards the magnificent Roman ampitheatre of Italica, located in the town of Santiponce in the Cerro de San Antonio from the 1st century BC. It has capacity for 3,000 spectators. . 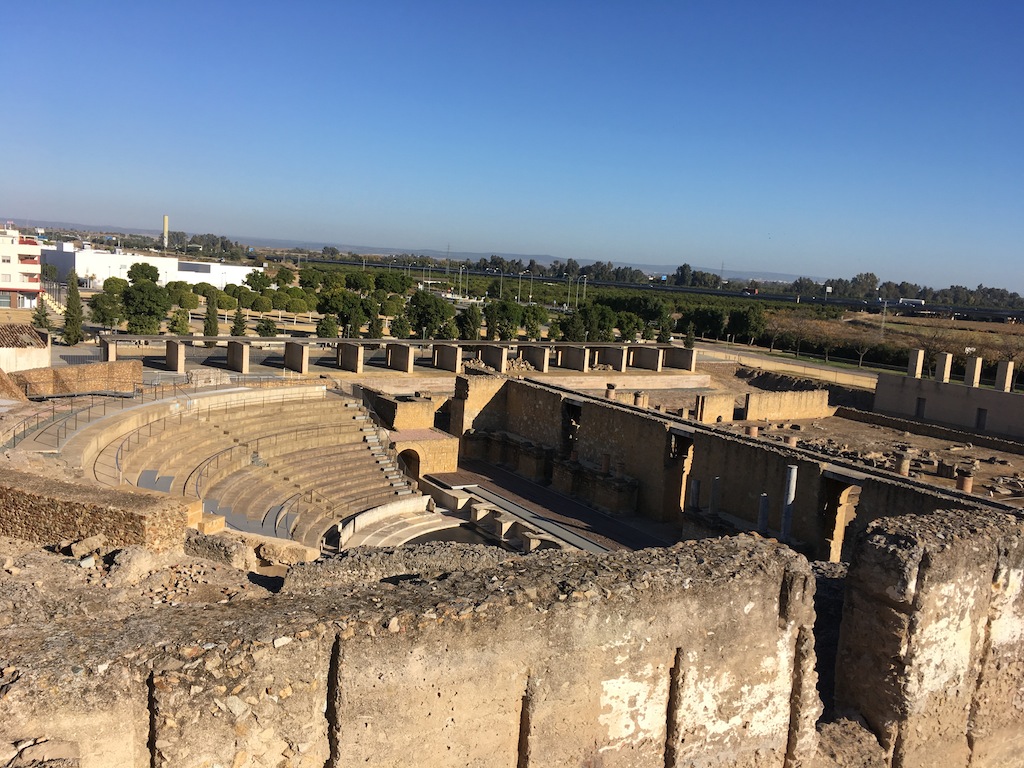 From the theatre we head towards Italica itself, ending the first part of the excursion , and we’ll pause for some refreshment. 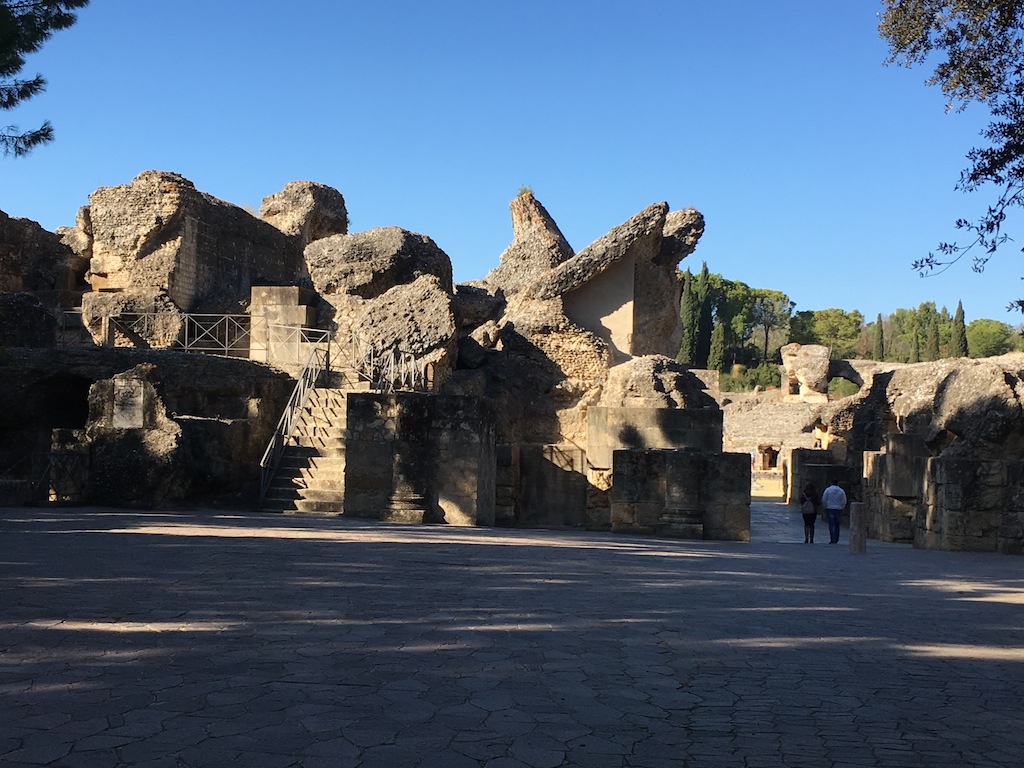 After the break, we begin the second part of our excursion which is a guided archaelogical 2.5km tour through the city of Italica, we’ll see the amphitheatre, the Exedra, wonderful  mosaics, the House of the birds, the House of the planetarium, the sewers , the ancient bread oven  …, and the rest of this magnificent city where our ancestors lived. 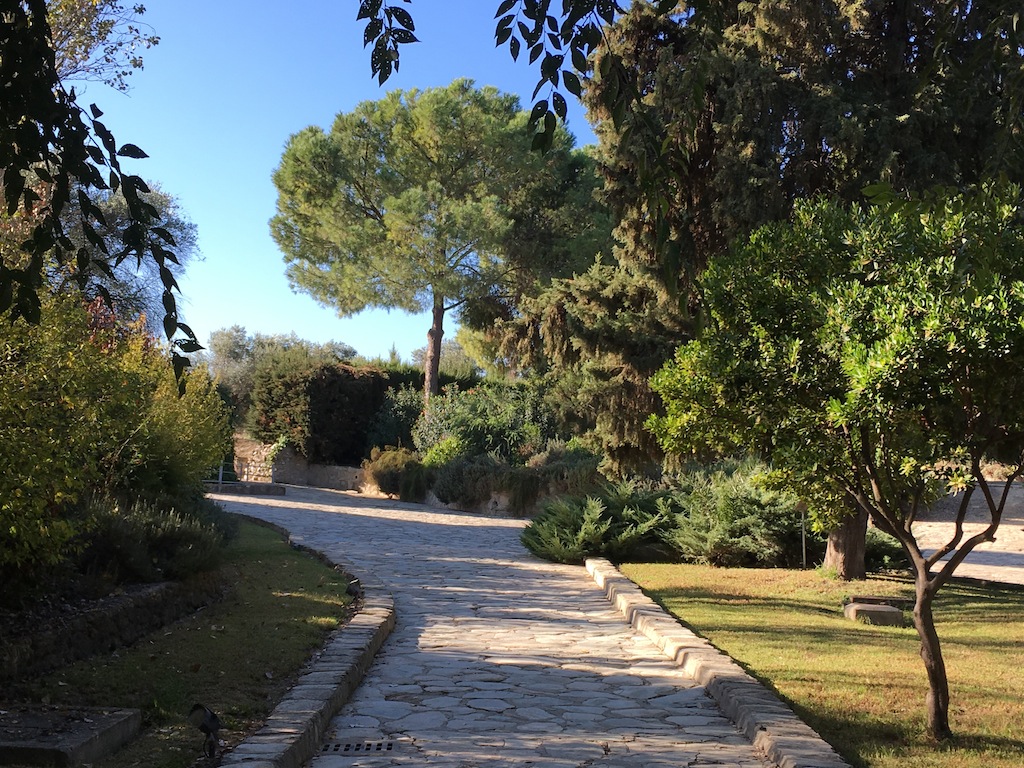 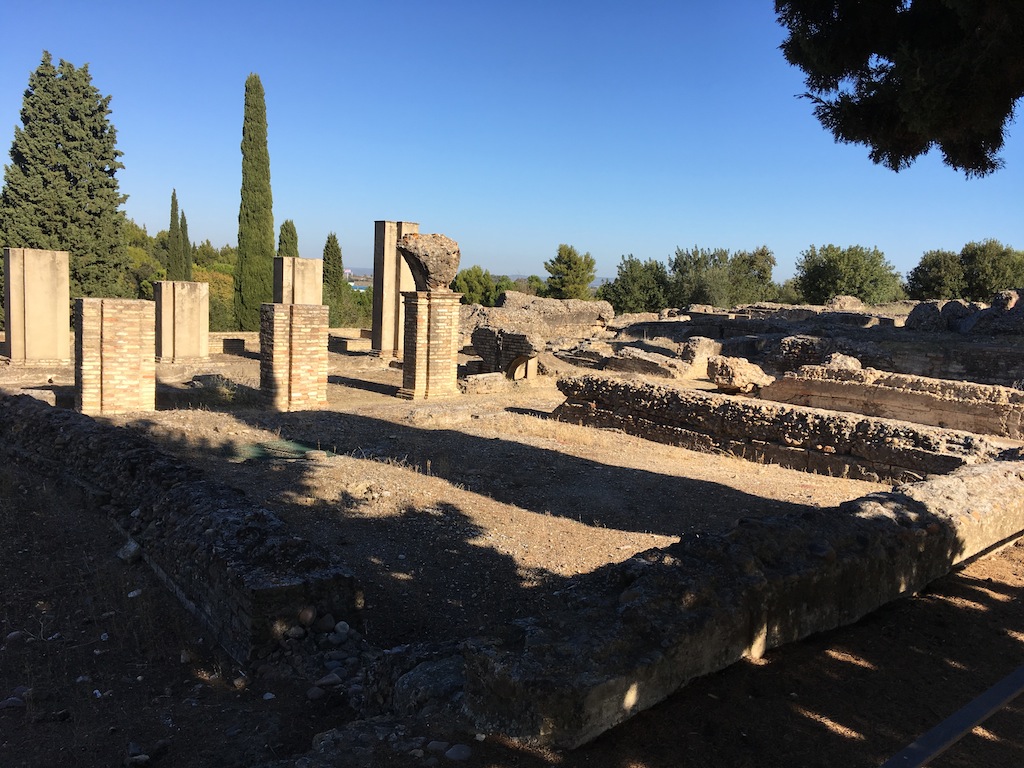 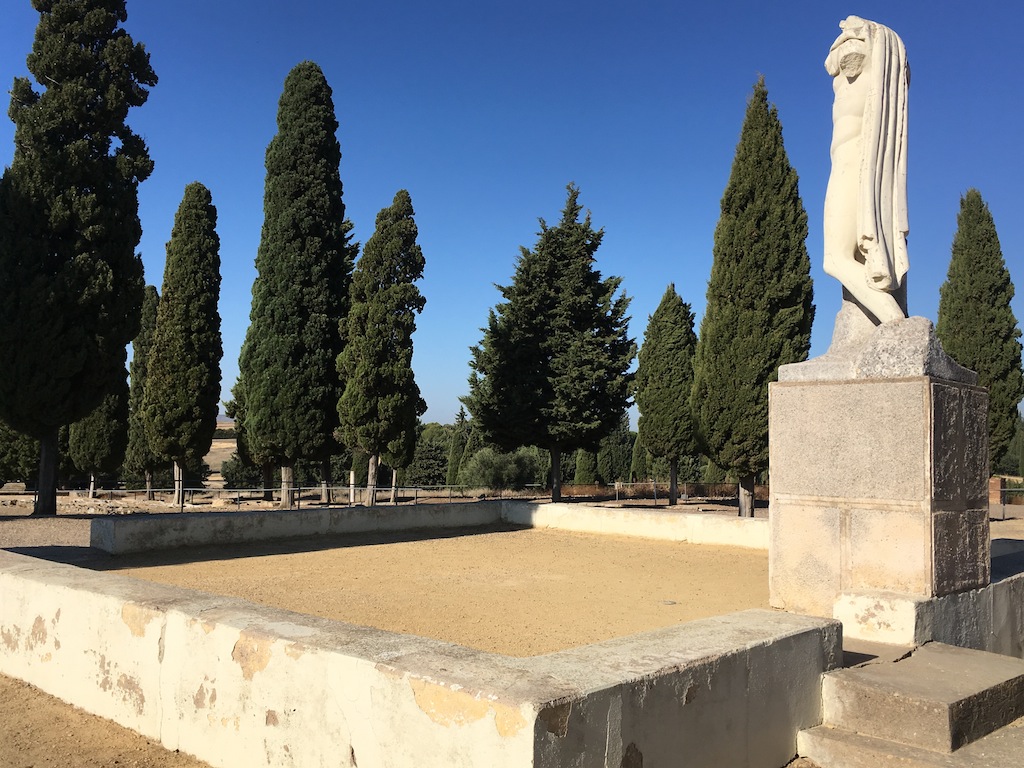 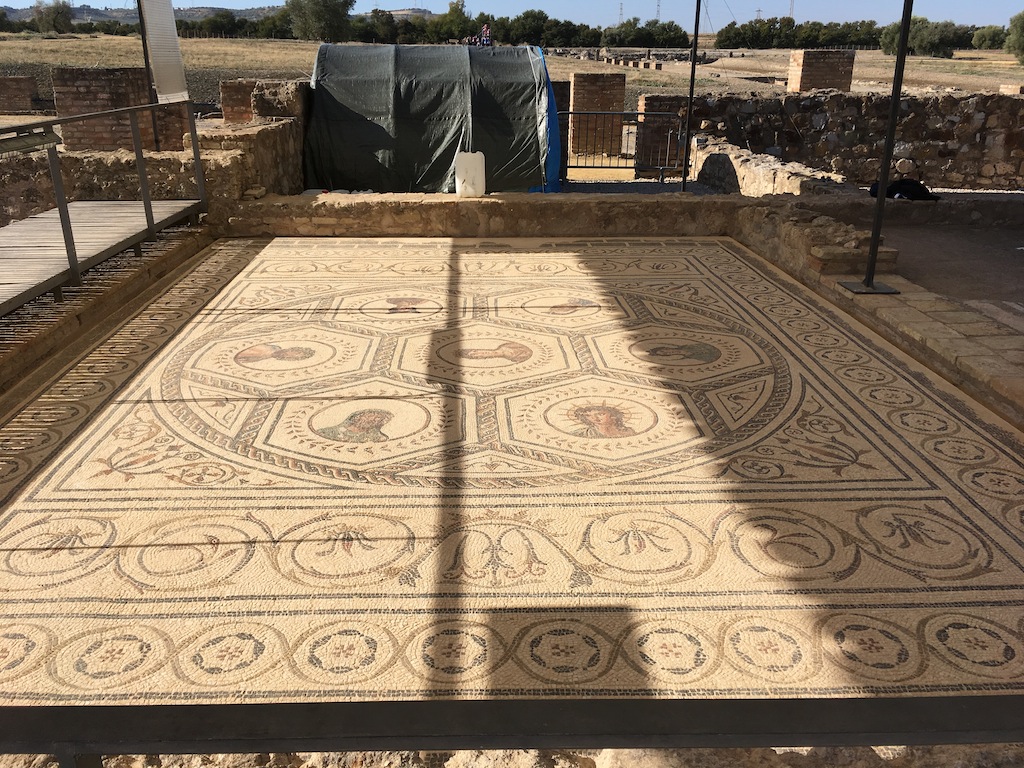 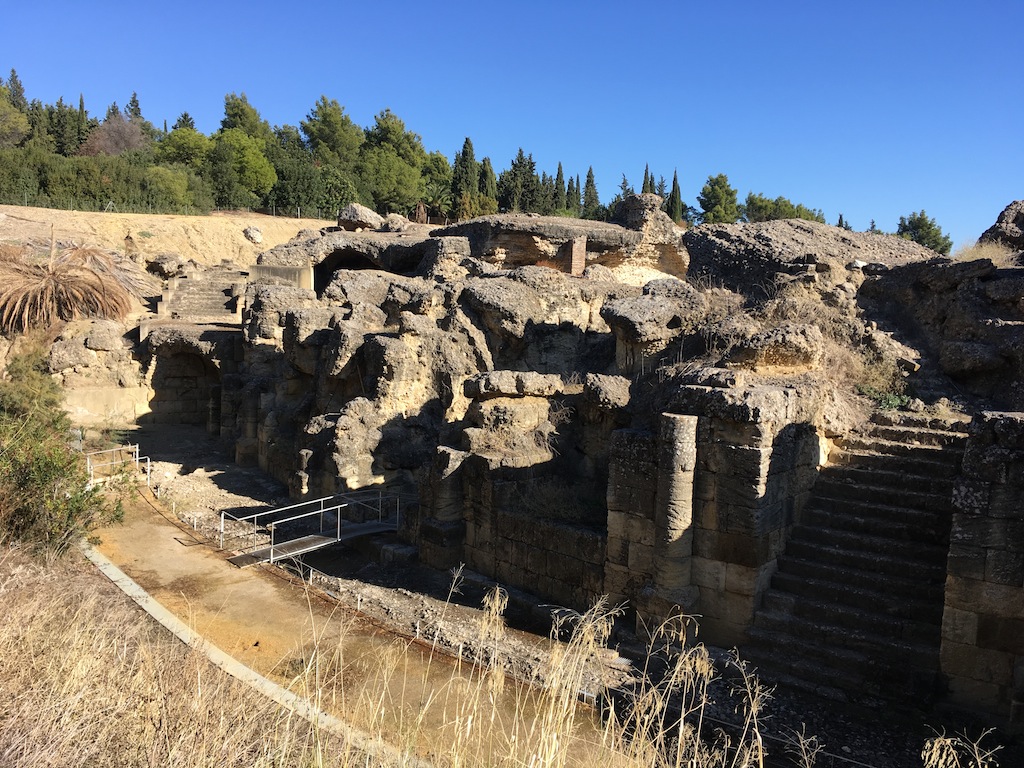 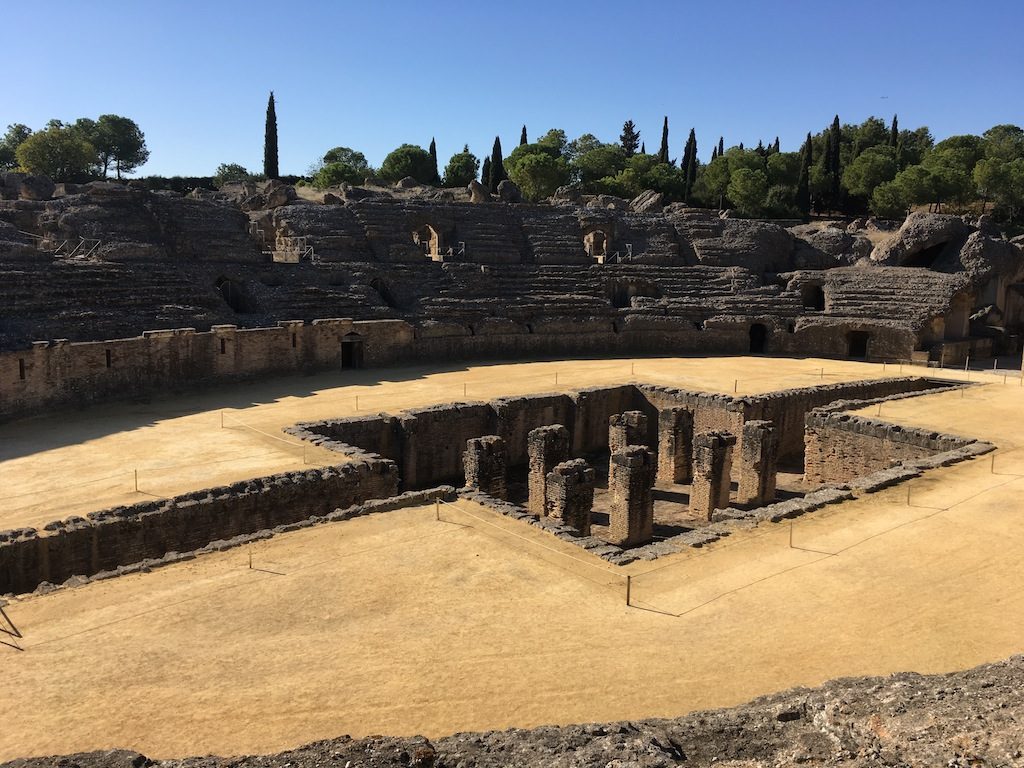 After the visit to Italica (which closes its doors at 3 o’clock and will be the end of this excursion) you are free to either return to Seville, eat snacks with the group or head to one of the restaurants in the area to eat. In all cases the excursion ends when we leave the Italica complex. . The price of this excursion is €8 adults (no return bus included) and €3. Free for Club members. To come with us you please pay on the excursion itself or by transfer into our account of BBVA ES08 0182 3299 8202 0160 3487 and send the receipt via email ([email protected]) with your Name and surname, ID number, date of birth and a contact mobile.